There’s famous scene from a cult movie “Joy Baba Felunath” by Satyajit Ray, wherein the central character asks his deputy cousin “What first comes to his mind, when I say AFRICA”. To that, the cousin named Topshe responds “Jungle”. Feluda then asks, “when I say Jungle”, Topshe replies “Animal”. Feluda cracks the mystery by asking “When I say King of Animal”. 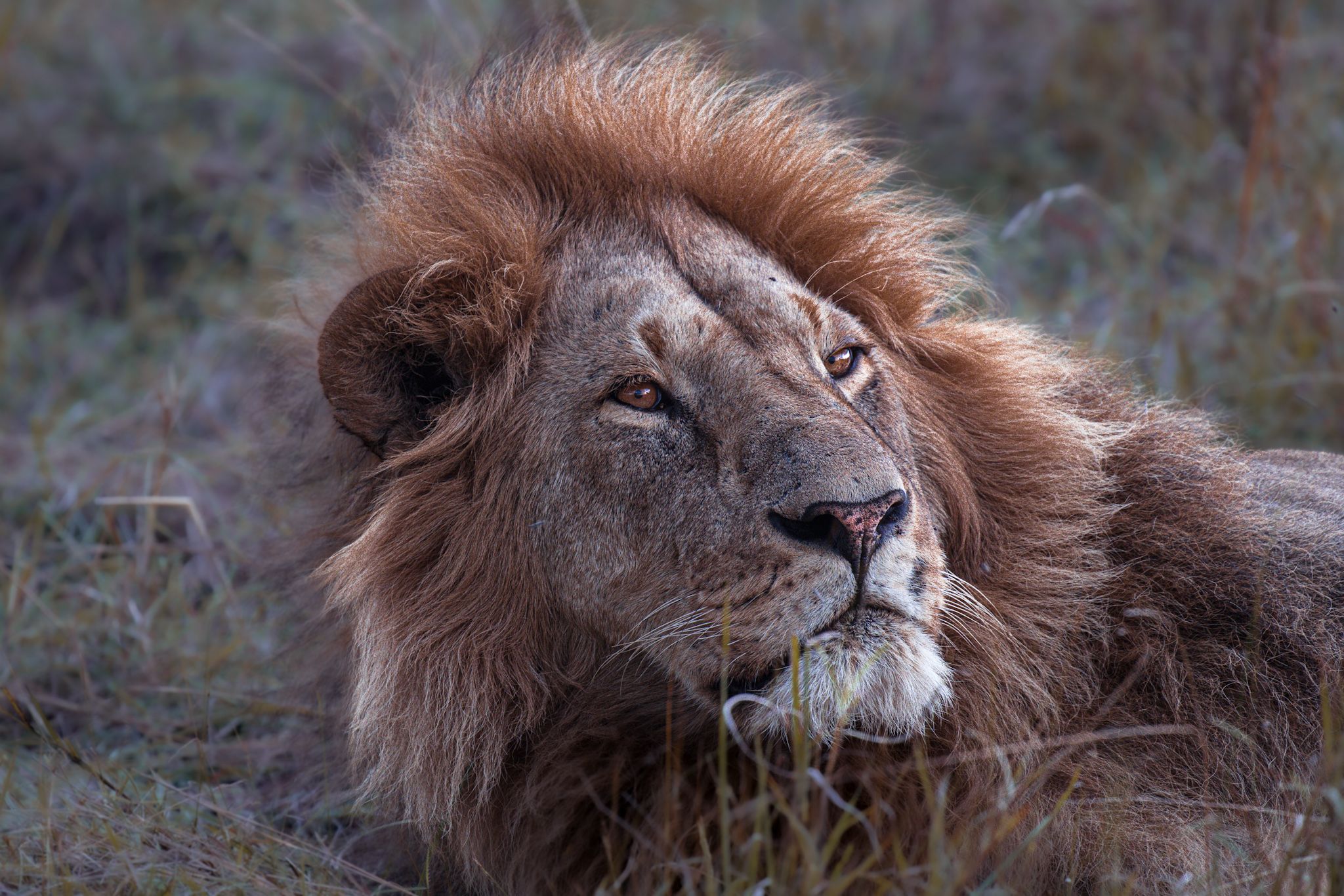 The King himself with an honest attitude! 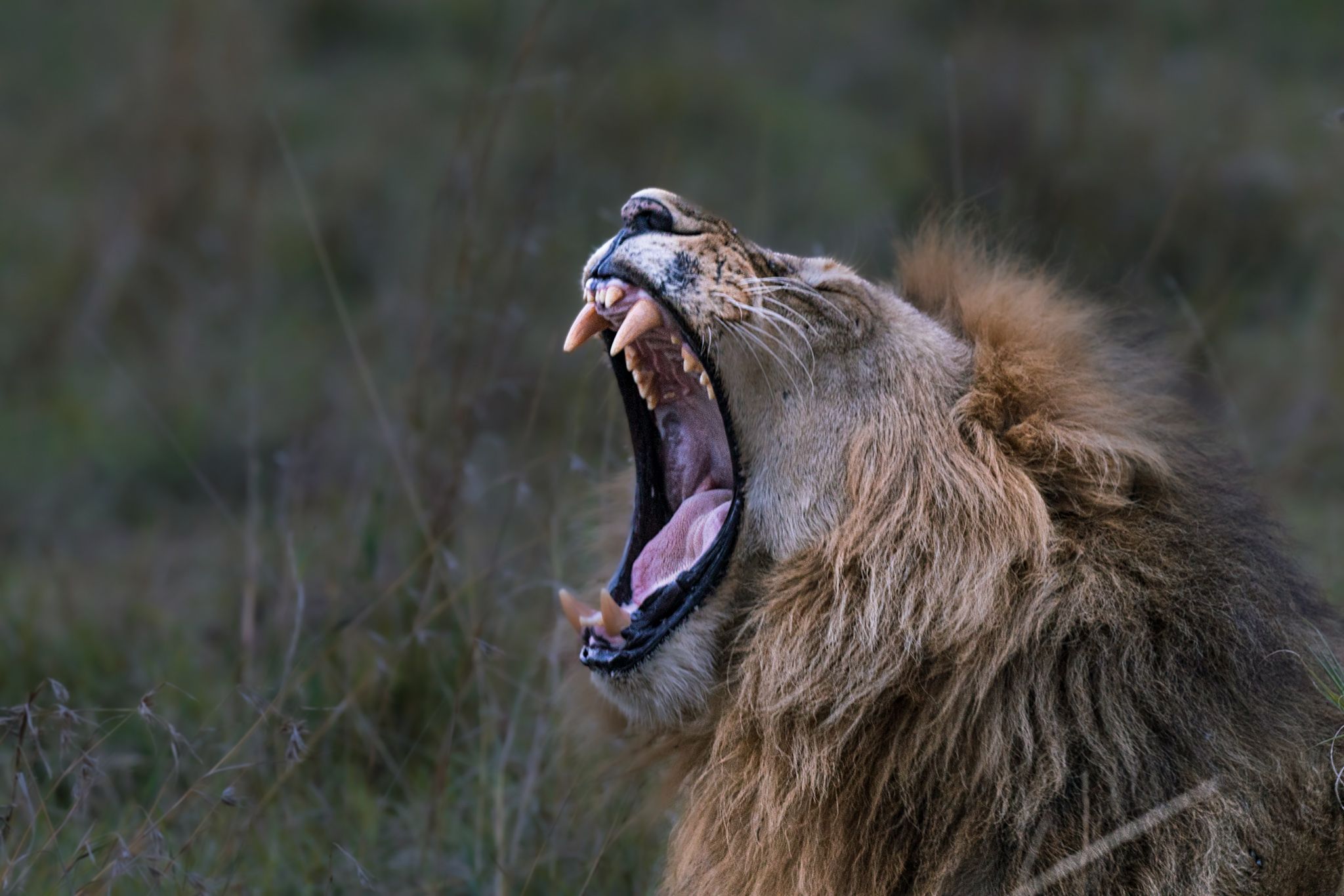 It might be a good time to take a nap!

Well, many wildlife lovers dream of seeing Lions at the African jungle. The African forest generally is open savanna grassland for miles. The animals blend in within the landscape.There’s little place to hide from predators. It gives great opportunity to witness the wild actions happen for ages.

I shall share detail on another episode of this blog of the idea and experiences of getting a trip organized to Africa, but in short, it’s none other than an adventure in itself. The reason behind that – we chose the pandemic period 2021!

We were staying at a camp named Olgatuni Jungle Camp, right beside the Olare Orok river. Staying deep inside Masai Mara was already paying rich dividends every day. Last night we were at the middle of a Lion pride while finishing our safari and we noticed the two Cheetah brothers were keeping vigilant eyes on Impala preys. 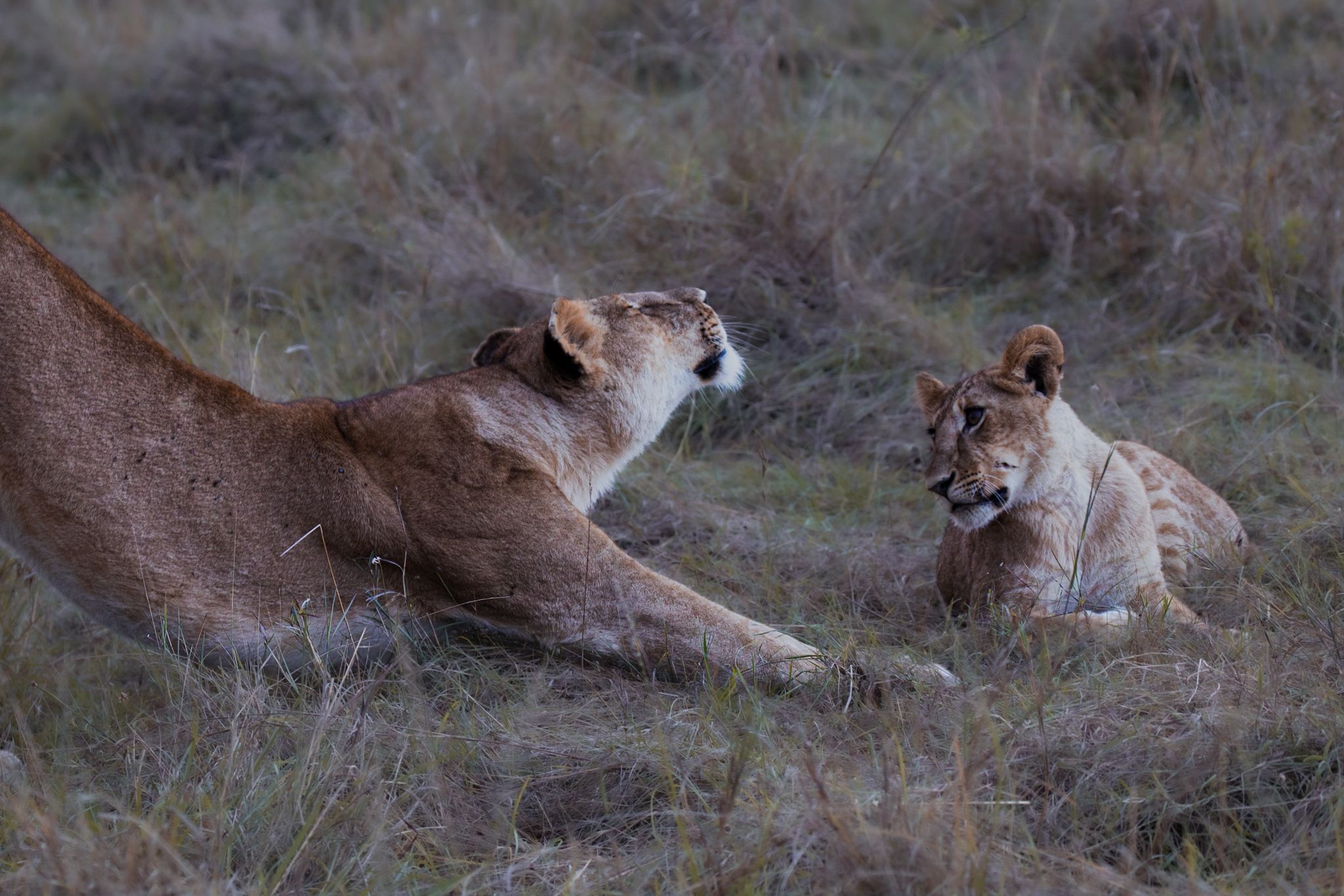 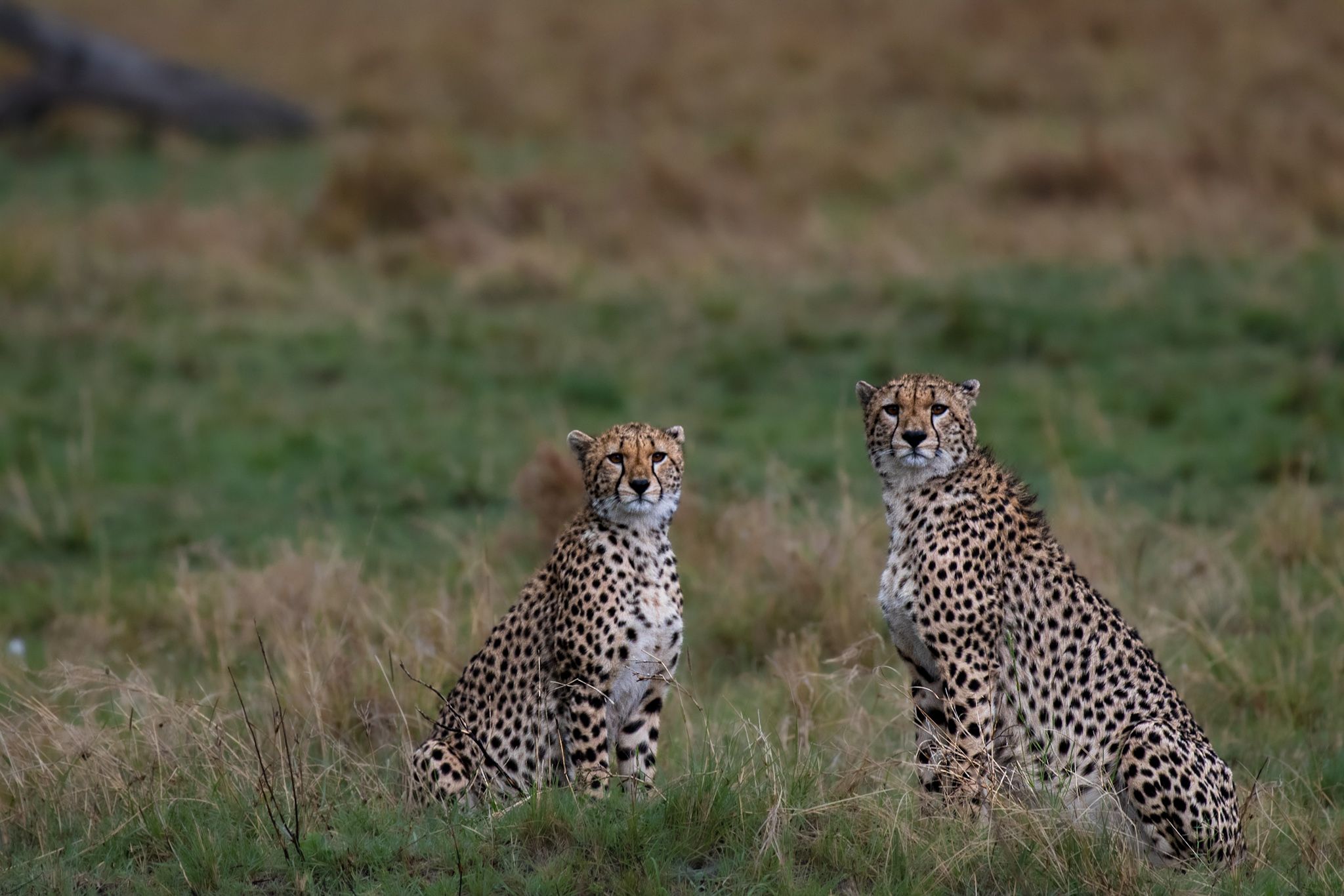 So, the next day morning we decided to catch the brothers up, to see whether they’ve got their breakfast or not. It took us only about few minutes of drive to reach the vast open playing Savanna playing fields of the Cheetahs. First hour went unusually dull with no mood swings by the cats. Slowly a herd of Impala approached the grassland to feed on them. We patiently watched how the apparent mood of the Cheetahs broke the vigilant defense of the Impalas and made them scattered. As if they are quite safe out there! Slowly the curtains of the drama got lifted and the Cheetahs did few warmups ‘jogging’ type run up. 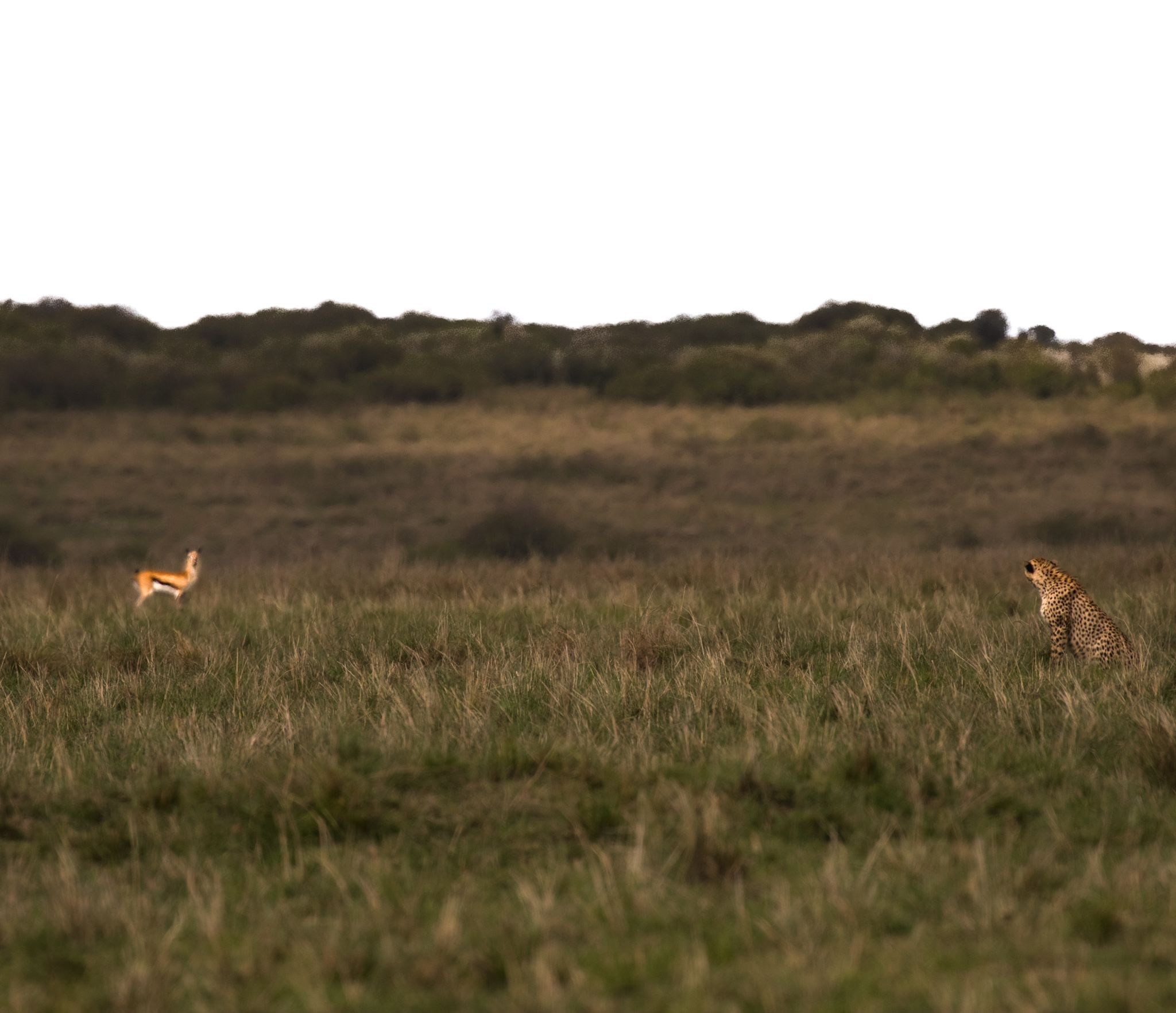 The Cheetah is staring at impala

Finally, it started. The famous cheetah chase to catch their prey. The two brothers kept a few hundred-meter distance between started their chase run. The already scattered Impalas were confused which Cheetah they want to avoid. It was a very difficult scenario to capture the moment for an amateur like me. 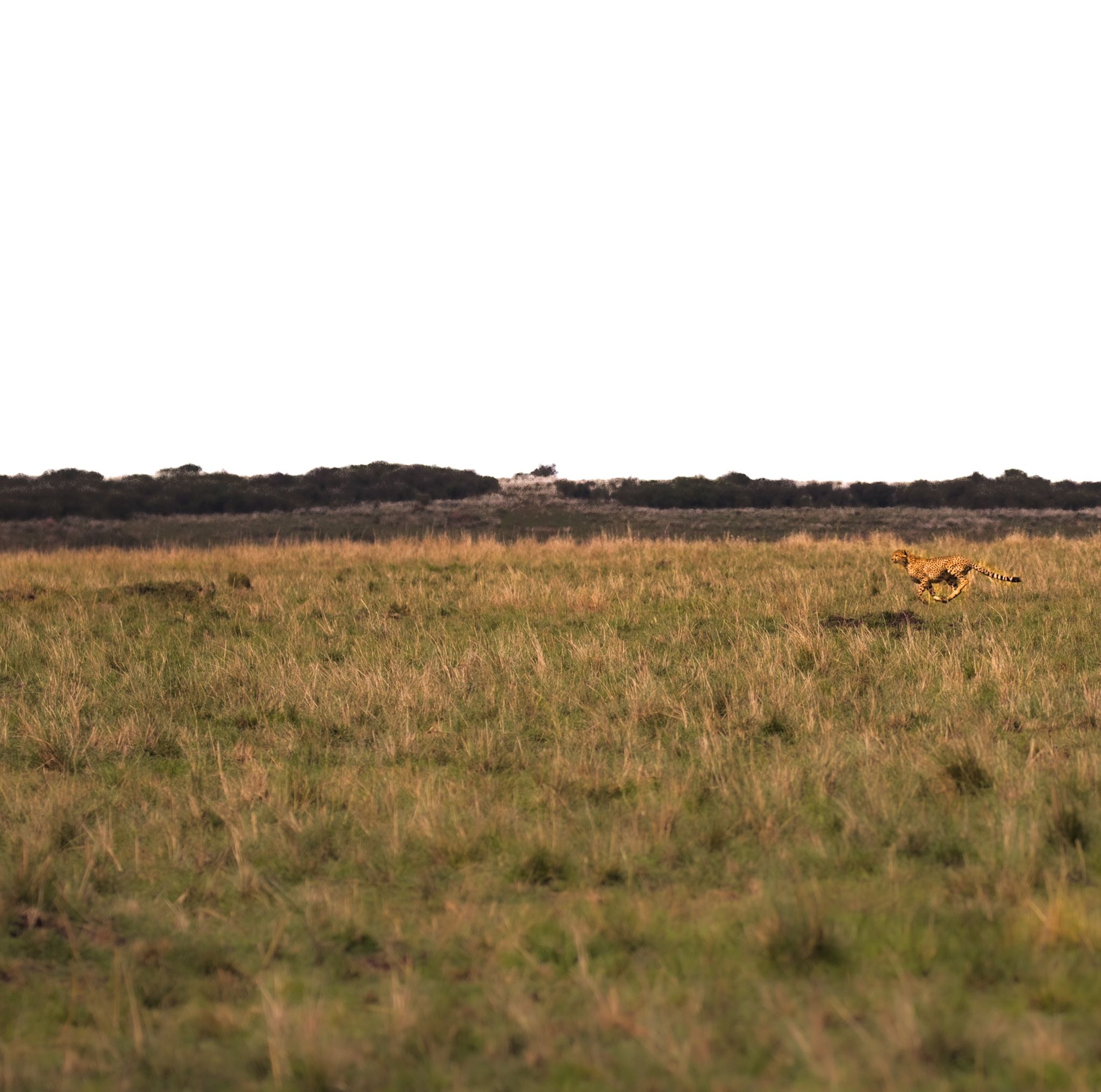 However, all the chase (a total 4 of them happened in front of us) went in vain. That’s nature. It’s not an easy meal out there. Did we get the kill shot? Yes, will share on next blog.

After 3.5 hour in field with mixed action, we were sitting quietly within our Land Cruiser and watching the Cheetah closely catching their breath. Suddenly, our Master guide Joseph, a Masai got a tip on his comm. Channel. Initially he didn’t reveal why he drove out us from there. We didn’t ask anything as by now we formed a great bond with Joseph and had complete faith on his skill. Within minutes we were in a place where some mid height trees and bushes present, very much like our camp site. We stopped and hush…It’s Bahati. She was coming out of the bush. In Swahili Bahati means “Luck”. This beautiful cat was named by local Masai as they think she brings great fortunes to them. And yes, we found that the place was indeed our Camp’s backyard! 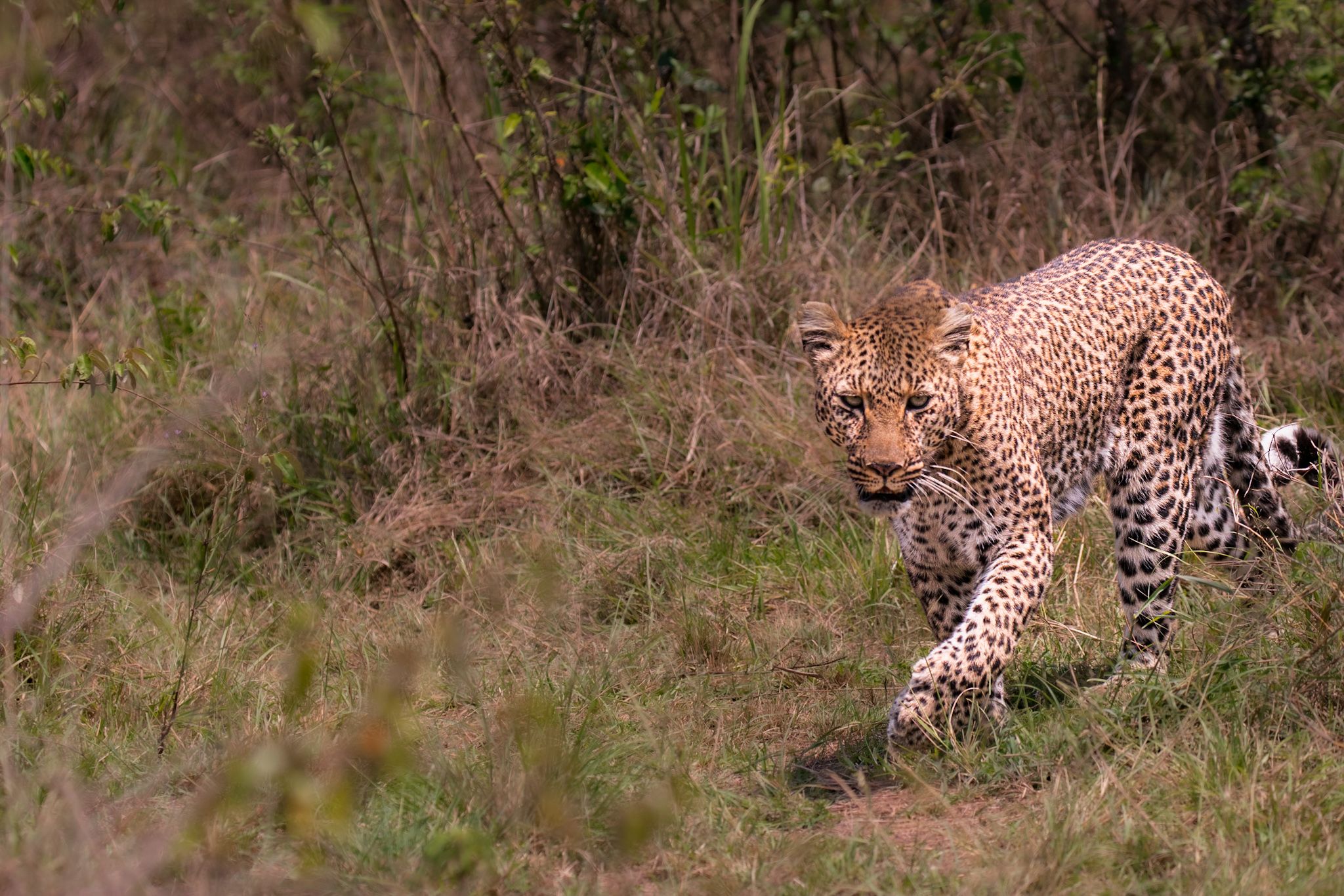 I have been busy, what’s up

After the exciting first half and lunch break at camp we ventured out again. This time a tower of Giraffes was near the river to quench their mid-day thirst. Of them this couple got my attention. 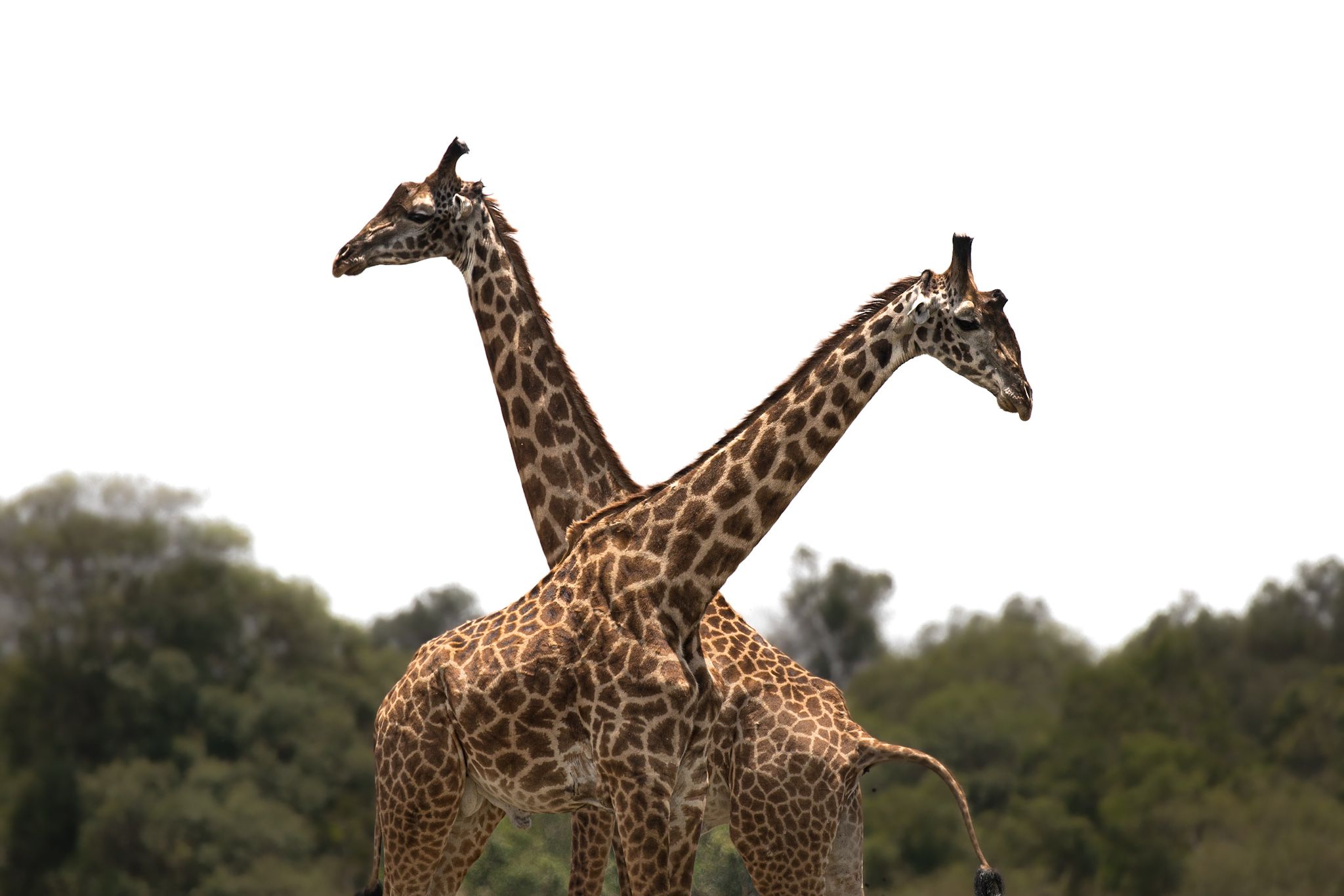 The Giraffe couple with a great formation of Love!

Carefully watching the few Giraffes, we realized the entire Tower will spend time at river and waited for action from riverbed. But it did not happen. We thought of not disturbing their afternoon peace and drove out from the place.

That evening Joseph told us that he got news of very rare sighting of a special cat – The serval Cat. The colour of the serval’s coat is pale yellow, yellow-brown or tawny marked with black spots along the sides. This makes them easily blend in the landscape and not easy to locate. After a search for about two hours and when we thought we might need another day to locate it, our Master Masai Joseph spotted it with his eagle eyes. And this time the background was so green, and we could easily spot it. 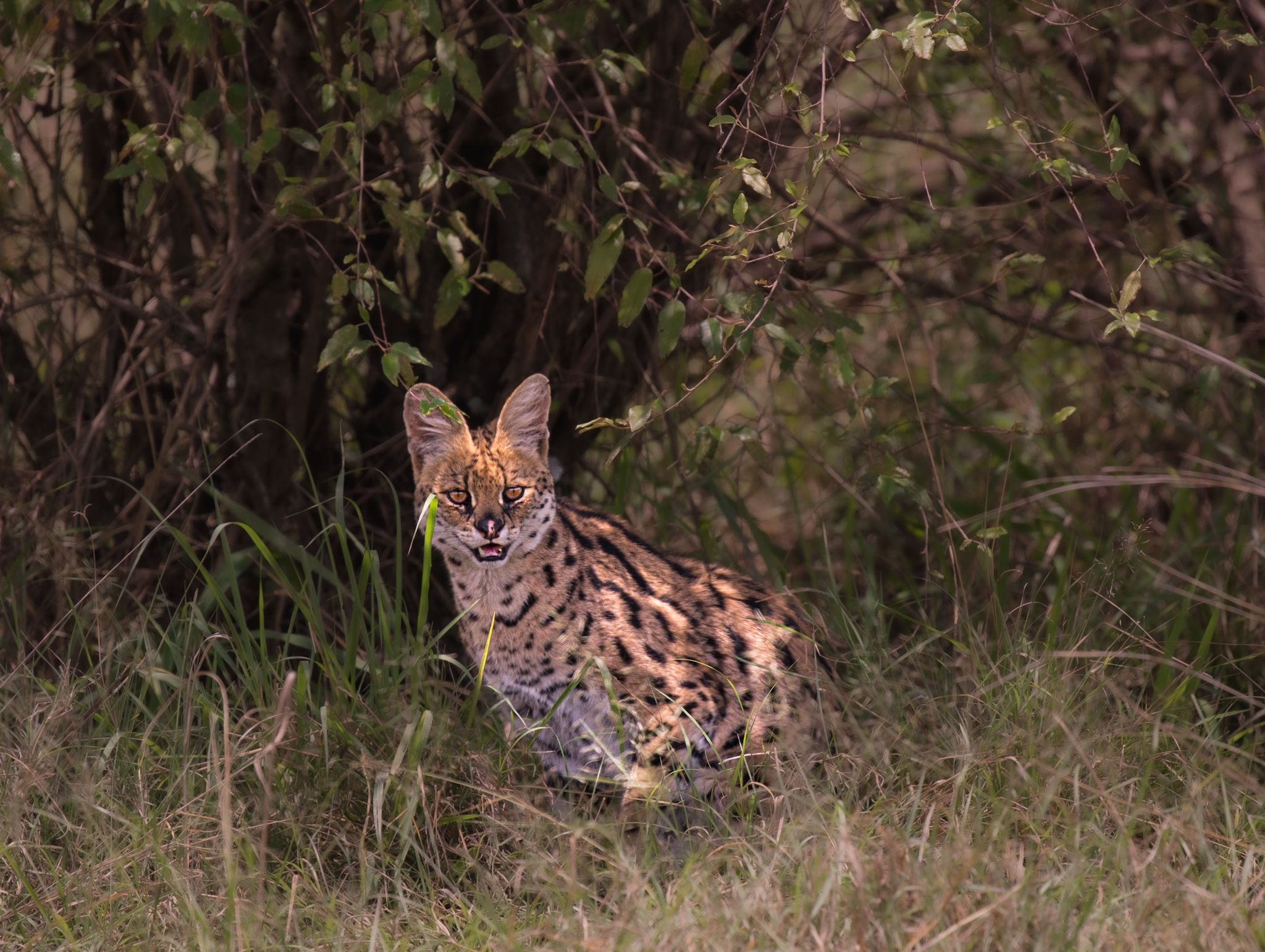 Have I been spotted? (The serval Cat)

We spent time with the cat and wanted to spend more but Joseph sounded us alarm that we must start out return. This warning on that day we did not realize fully and got the full meaning very next day.

Until the next blog, Ciao! 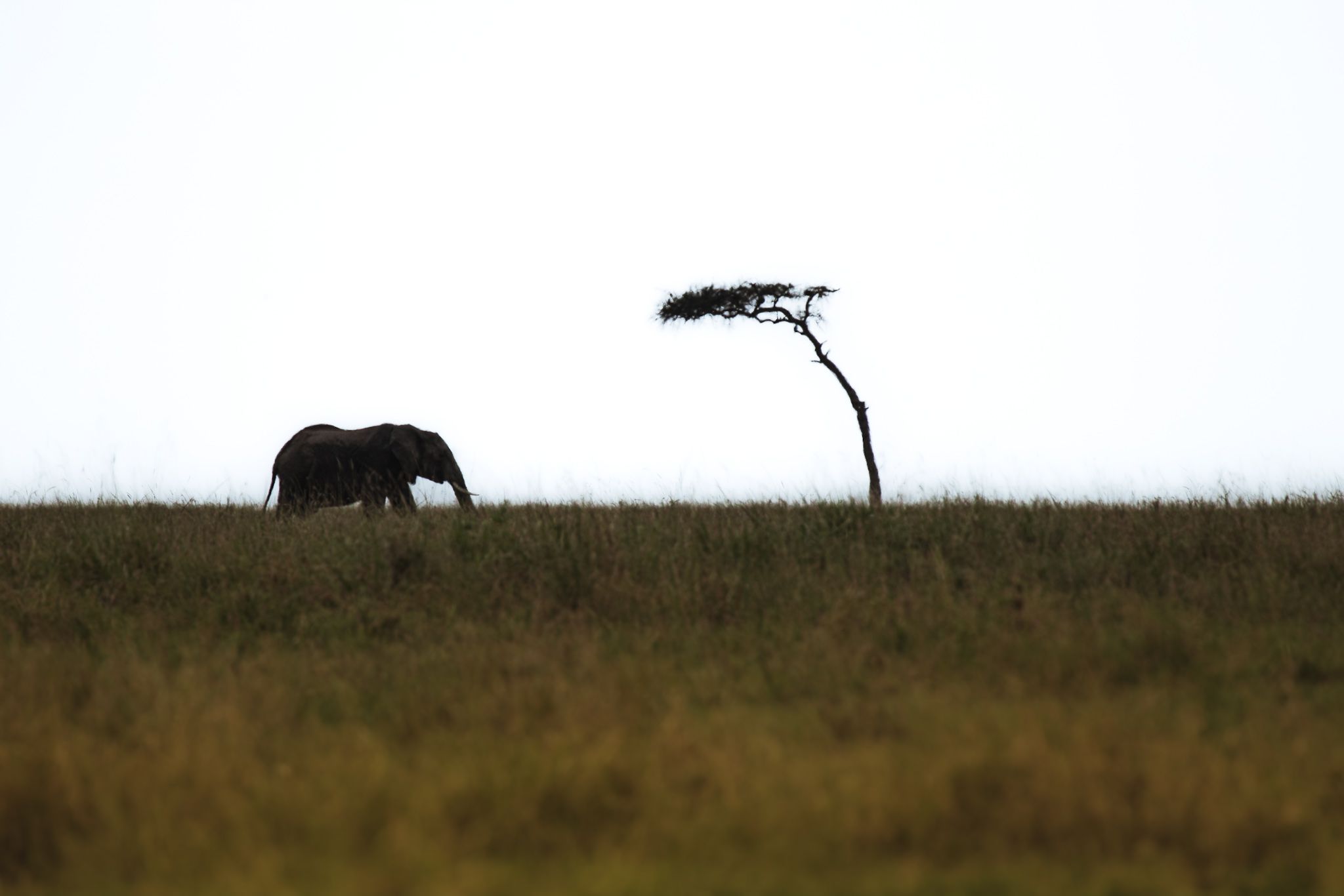 Yes, Juxtaposition do exist amidst no-mans-land as well

Subhajit Chaudhuri is an eminent trekker, my university senior & a great friend who loves experimental traveling. He is a full-time Engineer by profession from Kolkata.

There’s famous scene from a cult movie “Joy Baba Felunath” by Satyajit Ray, wherein the central character asks his deputy cousin “What first comes to his mind, when I say AFRICA”.