One fine day, I was watching Karwaan as I love Irrfan, but the movie had one more attraction, Kerala. I enjoyed watching the city on my laptop, and the next thing I knew, I was booking the flight tickets to the city. 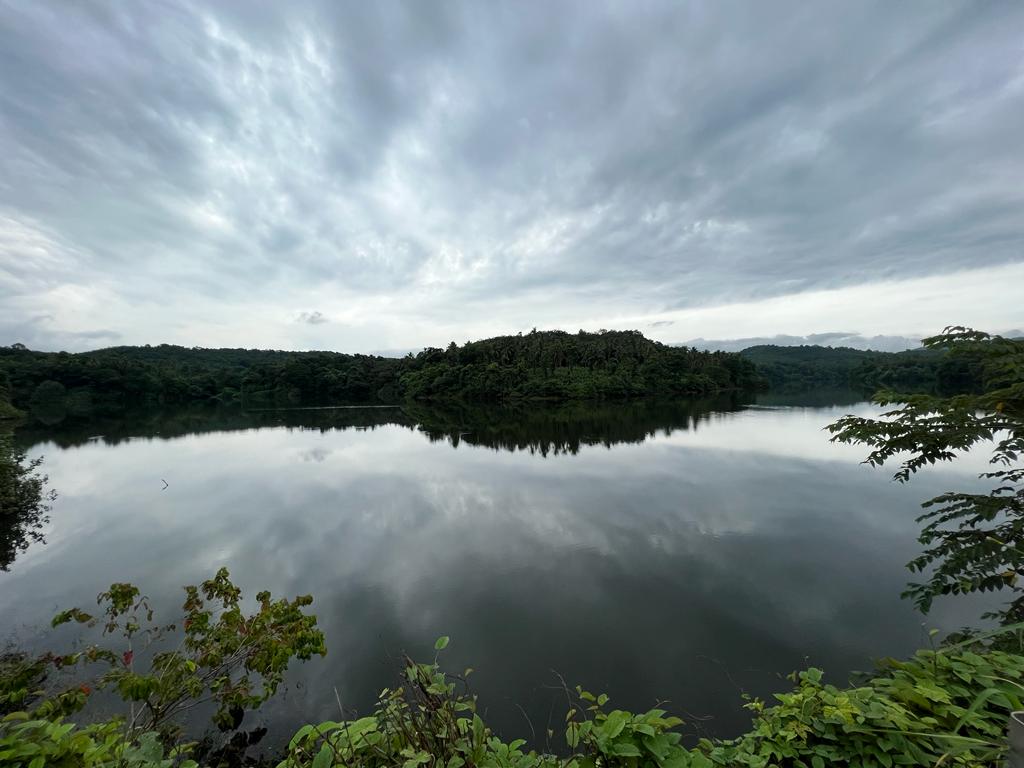 I am a morning person, and I love to feel the freshness of the surroundings before sunrise. Therefore, I booked an early morning flight for myself as usual. The distance from Delhi to Cochin Airport can be covered easily in around 2 hours, and as a result, I landed up in God’s own country at about 8 am. The ambience at the airport was different, and there was a typical South Indian vibe to it that made me feel so blessed. The ancient wooden craft, the elephant structures and the aroma of the airport immediately escalated the nomadic feelings in me. I came out of the airport and took a taxi directly to Fort Kochi Beach. I didn’t book the hotel online as I am quite traditional that way. The plan was to explore the hotels near the beach as I wanted to stay as close to the sea as I could. After passing through various eye-pleasing demographics, the taxi stopped near the beach after about an hour. I took a stroll for a few minutes to find a perfect hotel for my stay, and after checking two-three hotels, I got what I wanted. The hotel was built on the edge of the beach, and the rooms had a breathtaking view of the Arabian Sea. I literally thanked God in my head, and after having a small conversation with the manager, who, by the way, was a really sweet person, I decided to check in and order breakfast for myself.

It was my first day, and I was exhausted after the flight and an hour-long road journey, so I decided to take some rest. But… the sea did not allow me. 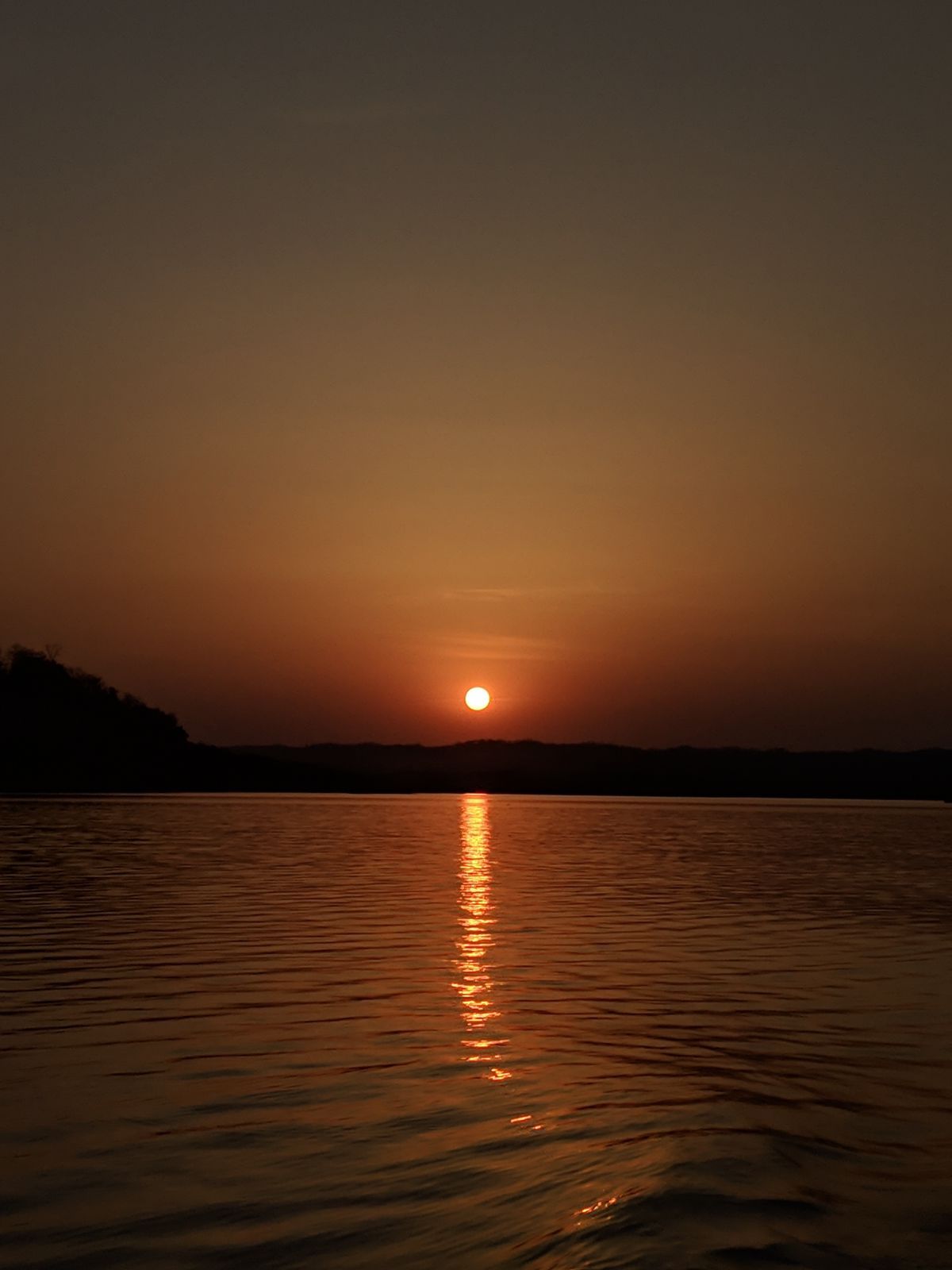 The view was so beautiful that I was not able to take my eyes off even for a moment. The soulful sound of waves hitting the shore, the reflection of the sun on the sea and the serenity of the place were enough to make a person fall in love instantly with the view. Instead of having rest, I decided to stay at the shore for the whole day! I had a fantastic lunch, read a book, and filled my mobile gallery with selfies and photos. It ended with me having fried pomfret for dinner and taking a long walk at the beach as I dreamed about going to another beautiful place the next day, Alleppey.

The tranquility of Alleppey

The following day, I woke up with mixed feelings. A part of me was excited to go to my next destination, and another part of me wanted to stay there only. With a heavy heart and adrenaline rush, I thanked the manager and checked out of the hotel. The taxi ride from Fort Kochi Beach to Alleppey was of around two hours. It is essential to know that Alleppey is known for having houseboat cruises and backwaters. The place is known as ‘The Venice of the East because it has a beautifully tangled network of canals, lagoons, villages and beaches. I asked my humble taxi driver to drop me at the houseboat station and booked a beautiful houseboat for a night. 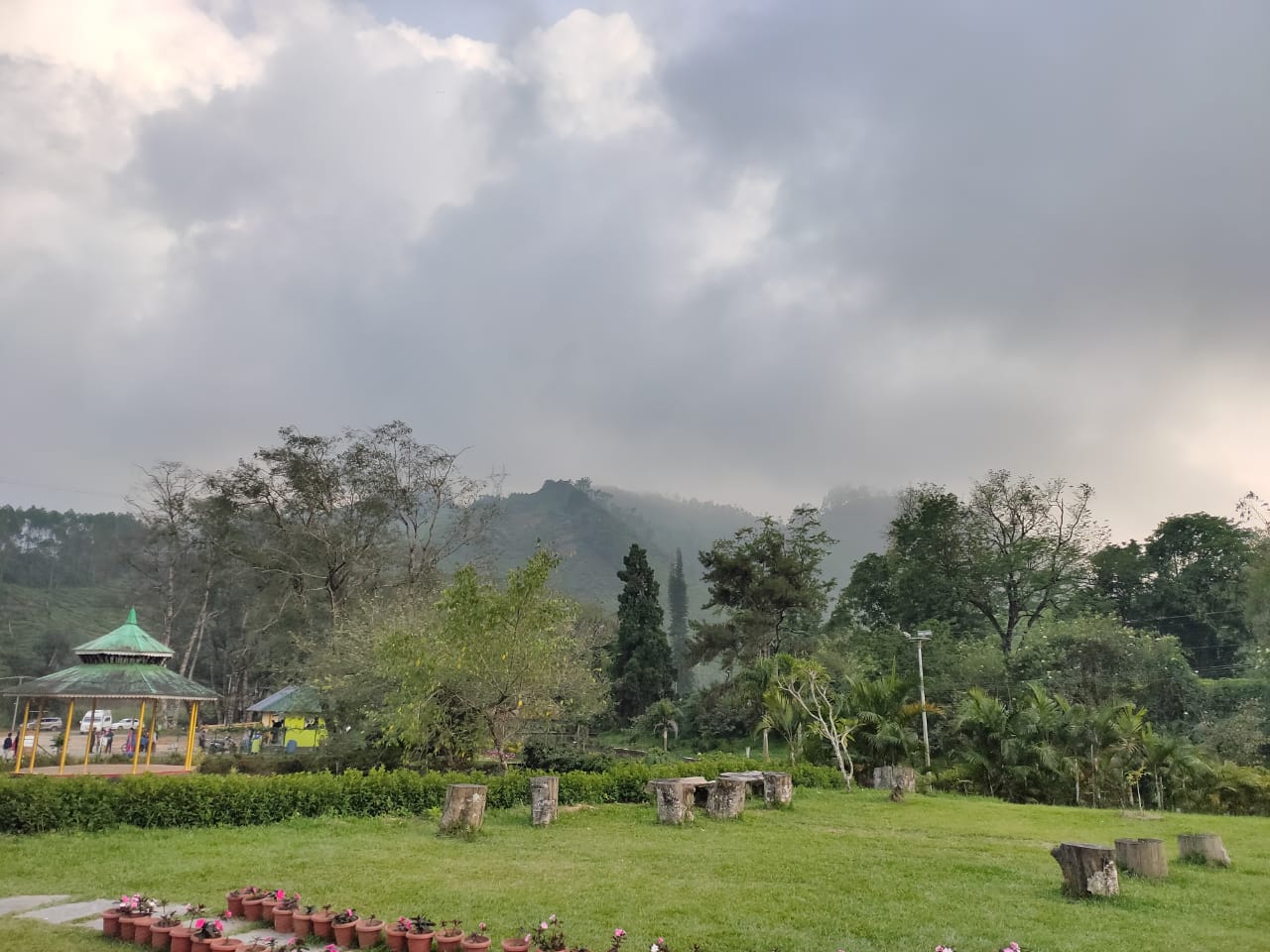 I would like to clarify the fact that Kerala’s houseboat cruises are pretty different from Kashmir’s Shikaaras. These houseboats are a combination of rustic South Indian beauty and modern amenities. They are available in various sizes, and you can book them as per your needs. I booked a houseboat which had room for two people to stay and paid around 5000 rupees for a night. It included all the meals on the boat, along with the snacks. I was introduced to the skipper and the cook, two people who were there to serve me on the boat. The ride started soon, and the boat passed through different canals where I could see the palm trees dancing to the tunes of the wind. The fresh and cold air was sweetly colliding with my cheeks, and at that moment, I really felt it was God’s way of connecting with people who visited his country. I closed my eyes and focused on different types of sounds which were present in that calm environment. After having a moment of spirituality, I climbed to the boat's upper deck to see the views and take some photos. Funnily enough, I got a pop-up notification on my phone which had an article about the place with pictures of crocodiles. I immediately climbed down and went straight to the skipper, who laughed and busted that myth. I spent the entire day in a peaceful environment and had the best sleep of my life while looking at the stars. It was a pleasant day which was made more memorable by the delicious South Indian food offered to me on the boat. The cook was generous enough to ask me about my preferences and cooked an amazing dinner which was served on the candle night. 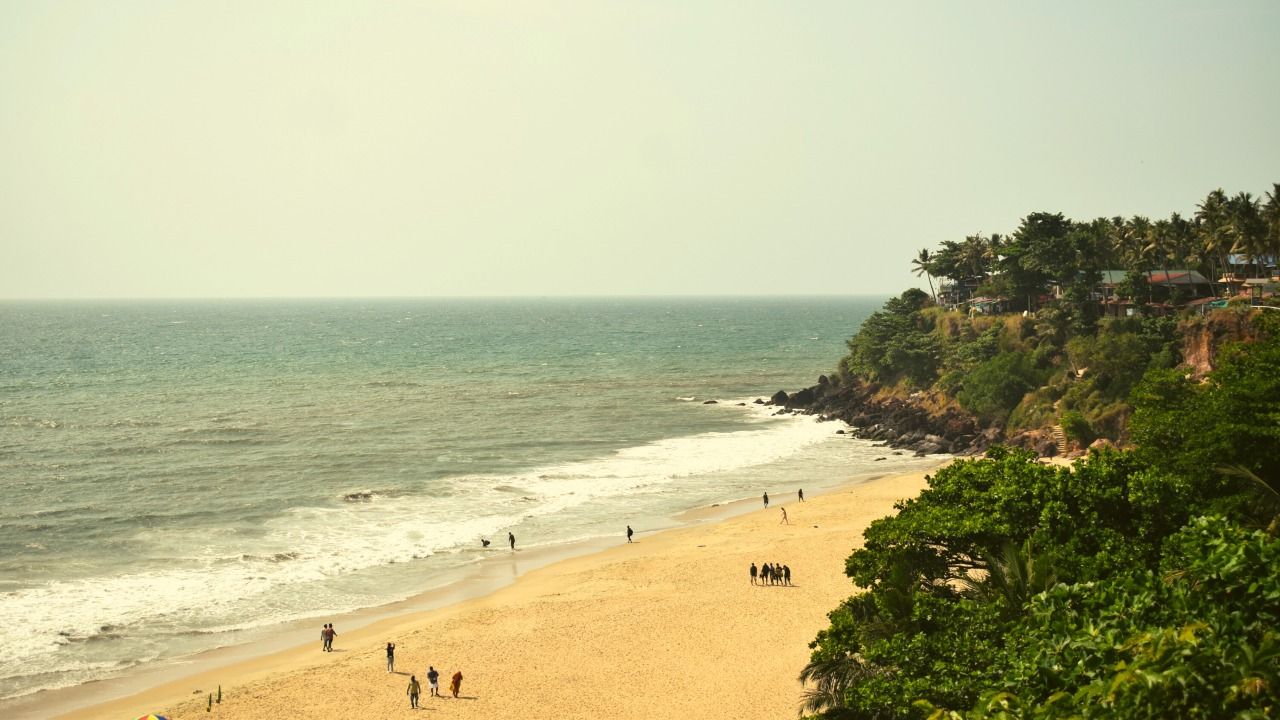 For the next day, I had planned to change the landscape a little and took a bus to Munnar, a famous hill station which is quite popular for its tea plantation and wildlife. It took around 4-5 hours for me to reach Munnar, but I really enjoyed the mesmerizing views of the mountains while climbing up. I decided to stay in a dormitory to save a few bucks and to experience that too. It is interesting for me to note that the roads of Munnar were relatively safer than other hill stations. There was proper fencing, and no vehicles were allowed to go further after a peak point to prevent accidents. I visited the famous Eravikulam National park, where I saw different types of flora and fauna for the first time in my life. The weather at Munnar was colder compared to the other parts of Kerala, and I had to put on a light jacket. I stayed at Munnar for the next two days before going back to Kochi. 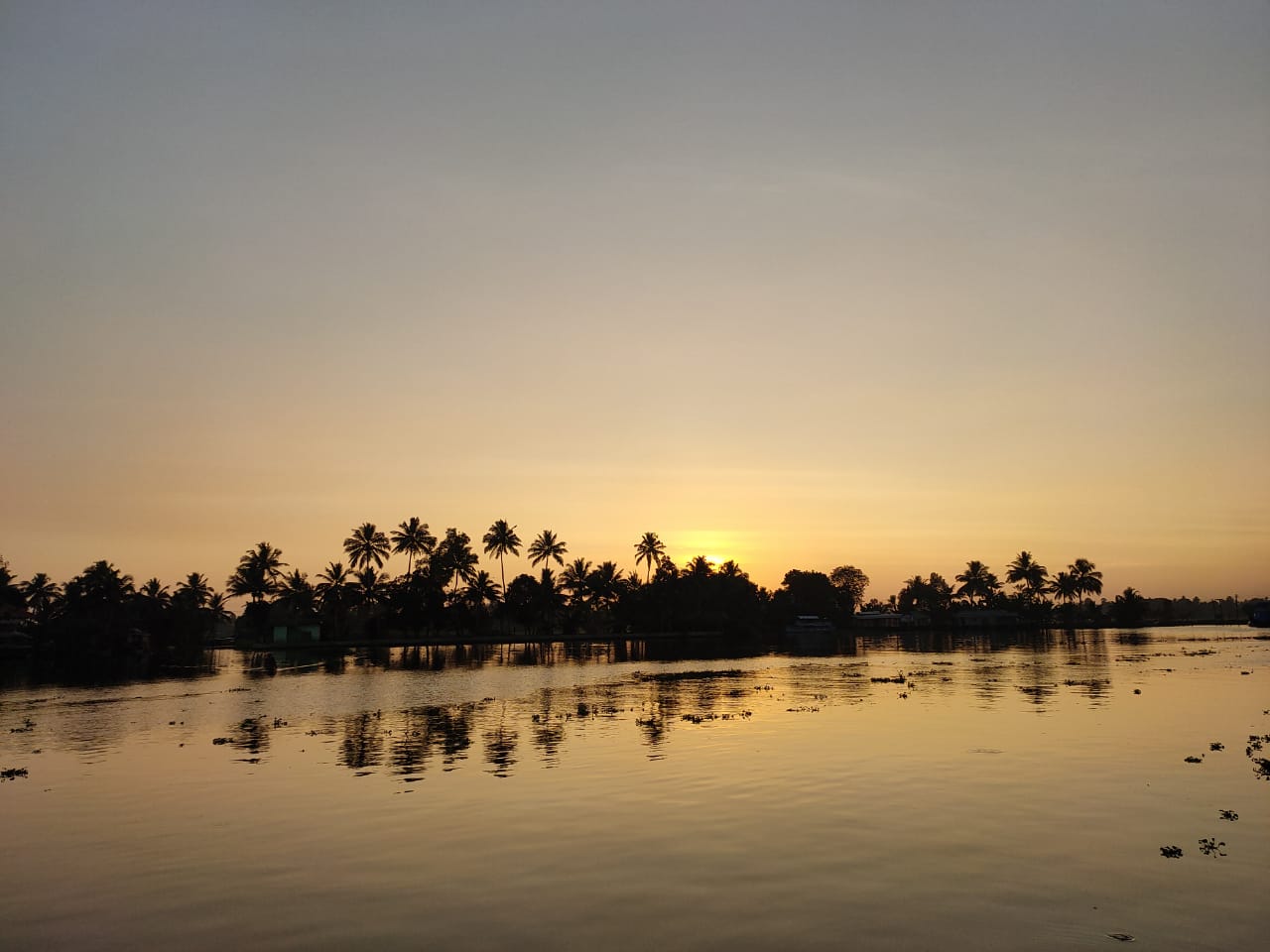 I had a morning flight from Kochi to Delhi, and I spent an entire day before that in the city and visited some famous markets and restaurants to satisfy the wanderer in me. My journey ended in five days, and it was an experience of a lifetime which I can never forget. The city treated me with warmth, love, delicious food, mesmerizing views and above all, serenity. Go there, and it will prove why it is called God’s own country. 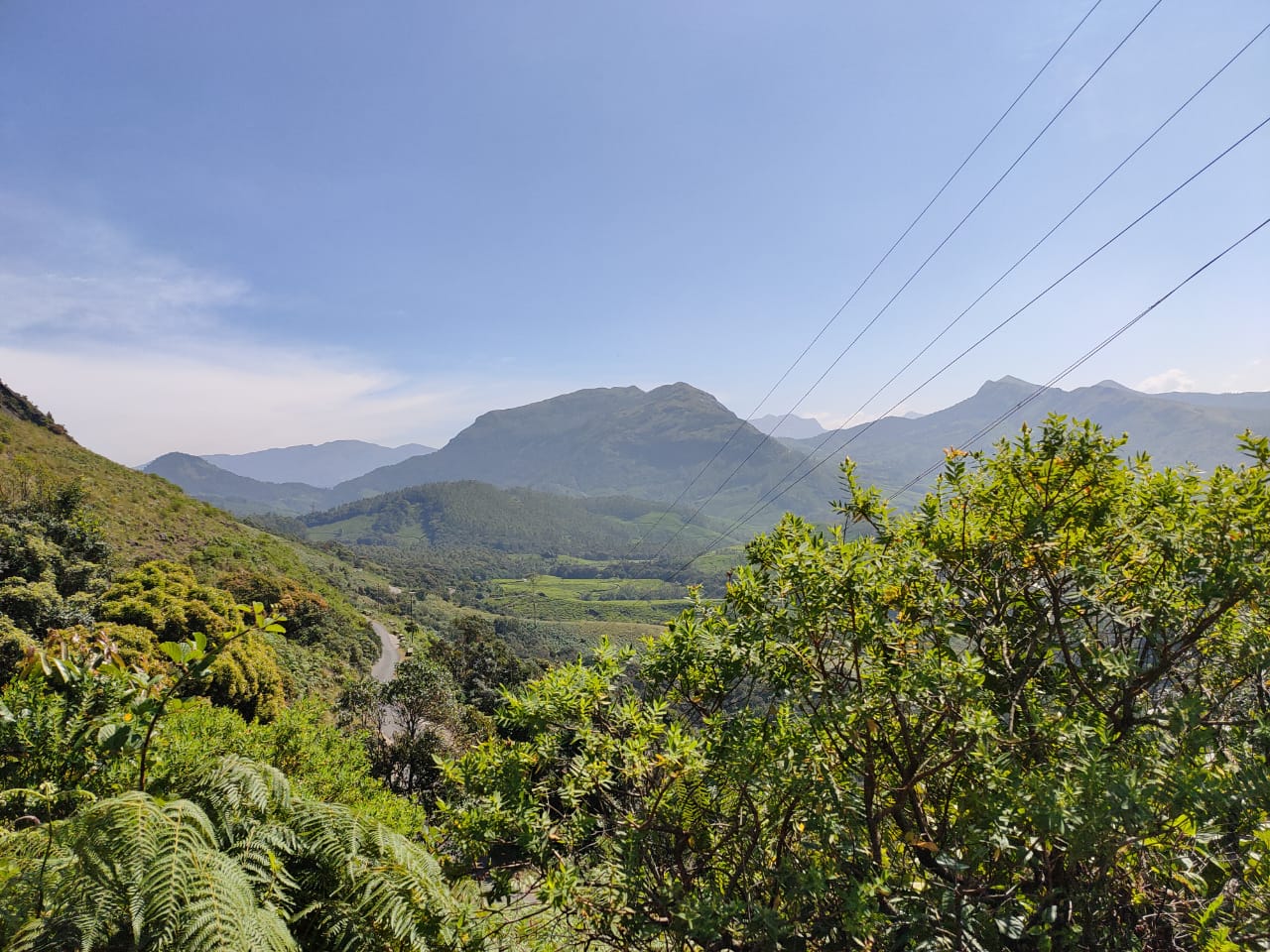 Mohit works as a graphic designer in a digital marketing agency, The Digital Futur. He loves his work and colleagues and credits them for awakening the wanderer inside him. A complete family man, Mohit likes to hustle at work and claims to be the foosball champion. Mohit spends most of his time by creating eye pleasing graphics and playing foosball with his colleagues. He is a great defender but also likes to take charge in the game.

One fine day, I was watching Karwaan as I love Irrfan, but the movie had one more attraction, Kerala. I enjoyed watching the city on my laptop, and the next thing I knew, I was booking the flight tickets to the city.

A complete guide to explore Gwalior – experience the royal way

Gwalior in Madhya Pradesh is a destination that should be on your bucket li ... Show more